The old saying that “you are what you eat” may soon become more literal than many will be comfortable with.

Design Museum, based in London, recently nominated a “DIY meal kit” for the award of “design of the year.”  What makes this meal kit stand out is that it allows for the use of human cells in the growing of steaks. 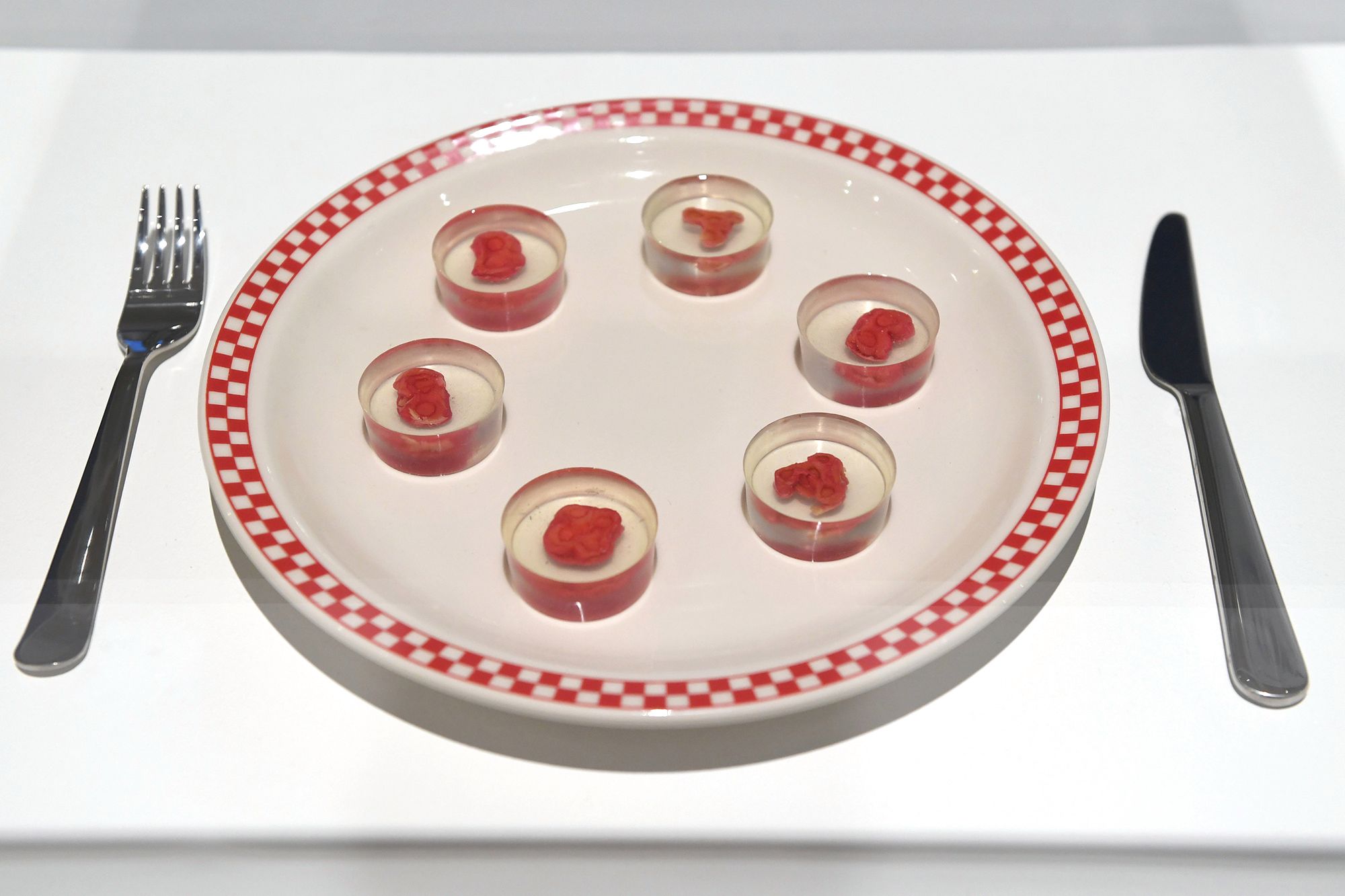 Named after the famous symbol of a snake eating its self tail first, the Ouroboros Steak is a hypothetical kit.  The kit would contain everything an individual would need to be able to grow miniature human steaks from their own cells.

Now, before you start gagging and make a run to the restroom, this isn’t a product that can be bought.  On commission by the Philadelphia Museum of Art, it is a hypothetical exhibit created last year.

On the website for the fake imagined product, it states:

“Growing yourself ensures that you and your loved ones always know the origin of your food, how it has been raised, and that its cells were acquired ethically and consensually.”

The project was part of a critique aimed at the lab-grown meat industry that the designers state is not as animal friendly as we are led to believe.  For the meat to be able to be grown in the lab, it relies on the animal cell cultures receiving fetal bovine serum.  This serum is harvested from the blood of calf fetuses after the slaughtering of pregnant cows.

Although some products are expected to hit shelf stores in the next few years, lab-grown meat is not currently approved for humans’ consumption.  Scientist Andrew Pelling said:

“As the lab-grown meat industry is developing rapidly, it is important to develop designs that expose some of its underlying constraints to see beyond the hype.”