It is pretty much undeniable that, of our five senses, sight is the one that many of us find the most precious and work to protect.  To this end, the prevention of age-related macular disease, or AMD, should be at the top of everyone’s list.

AMD is an eye disease that blurs one’s central vision that impacts an estimated 11 million older individuals fifty and older and is the most common cause today of vision loss.  But, not all is lost, as there are studies that show that the disease be avoided, using these four tips for improving eyesight.

Believe it or not, that omelet that was so yummy will also do wonders for improving your eyesight.  Egg yolks are chock full of compounds such as lutein and zeaxanthin are known to protect both the retina and the light-sensing macula of the inner eye.  An Australian study showed that eating two to four eggs a week reduced AMD development by as much as 82 percent.  The same benefits are contained within broccoli, spinach, and asparagus.

By taking 600 to 800 IU of vitamin D, it has been shown to cut AMD’s risk by as much as 48 percent.  Researchers at the University of Buffalo state that vitamin D will work to defend against possibly harmful inflammation.  Vitamin D has also been shown to guard against any forming of abnormal blood vessels in the retina that can leak and result in damage. 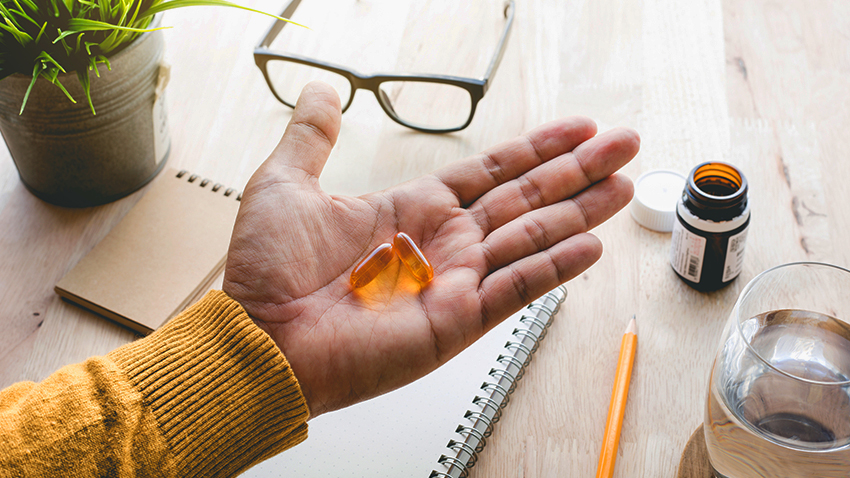 Believe it or not, walking and pacing while talking on the phone can aid against AMD.  Scientists from the University of Wisconsin compiled data that showed those individuals who engaged in daily walk breaks were shown to be 30 percent less likely to develop AMD.

Orange Juice—A Glass Will Do You

Fresh orange juice is known to contain flavonoids.  These natural chemicals are what supply the orange with its bright color and are known to provide nourishment for the eyes that, in turn, can aid in retaining sharp vision.  Research has also shown that one glass of orange juice a day can reduce AMD risk by 65 percent.